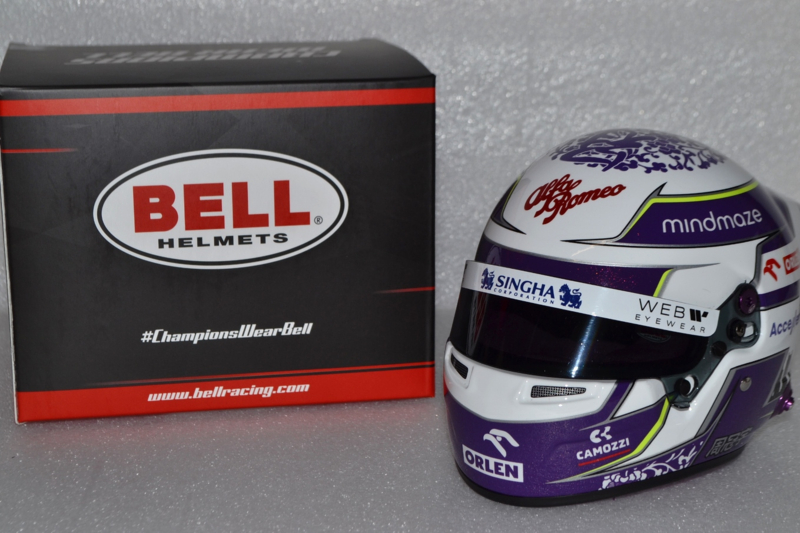 First year in Formula 1 after driving
open wheel racing since 2014, when
Scuderia Ferrari did offered him to
take place at the Ferrari academy...

He started F4 driving for the Italian
for the Prema Powerteam, 2015 season
Zhuo drove the first full season Formula 4...

2016 he started for the Toyota Racing Series
in New Zealand to coninue the same season
at European Formula 3, same as 2017 and
2018 season...

End off 2021 season, Ghuanyu should take place
in Formula 1 next to Valtteri Bottas for his first
season...

We may offer you his debute helmet 1/2 scale
from Bell helmets...