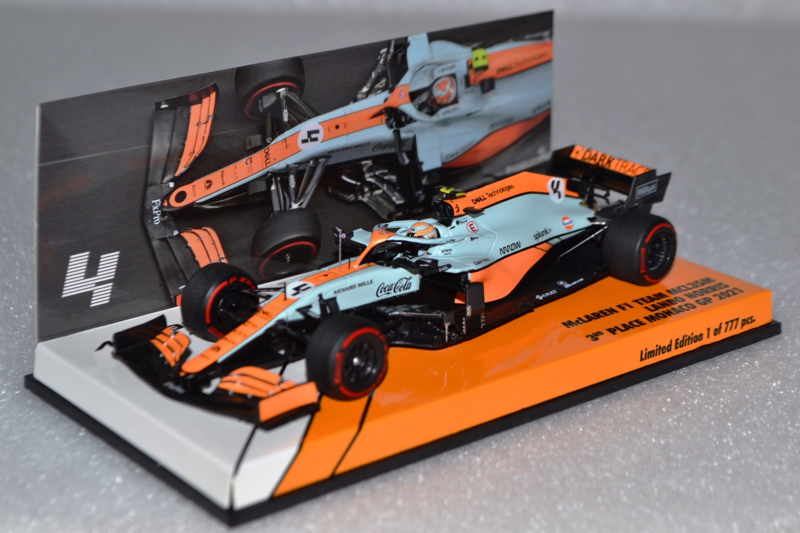 we had the 1/18 before, now we
finally can offer the 1/43 with the
red (soft) tyre, Lando Norris Monaco
Grand Prix 2021 season in beautifull
colors of Gulf oil...

Gulf, since the late '30 active in Indy
car (USA), the late '60s active in World
Endurance Racing and won theyr first
Le Mans 24hrs with the Ford GT40,
aslo in the late sixties and early
seventies Gulf broadened his sponsor
ships by supporting Mc Laren in Can am,
Indycar and Formula 1 racing, they also
sponsored the Brabham the 1969 F1 cars,
lot's of history to tell...

in this case we offer you the 1/43 Minichamps
offered by our colleague CK Modelcars as an
exclusive edtion and a resin model with this
very nice inlay Lando racing the streets of
Monaco, this is a limited Edition of 777 pcs
and open for order now...