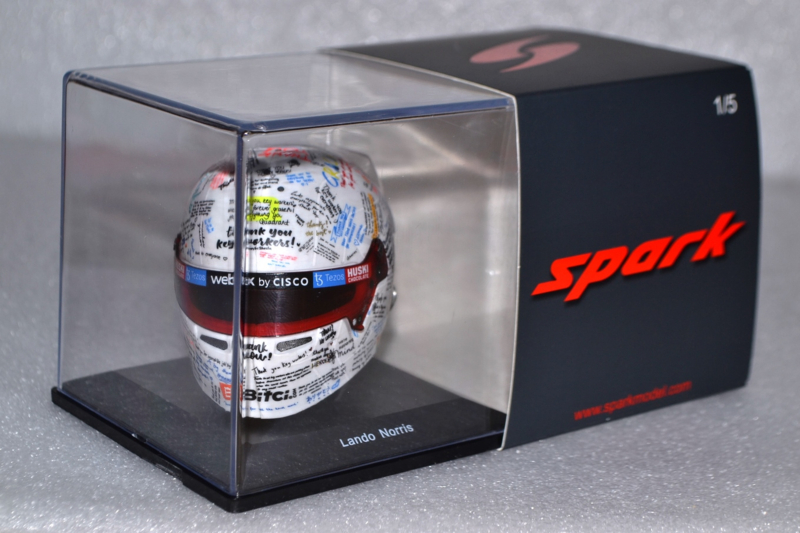 as kid a big fan of Lewis Hamilton
and followed his dream to became
a Formula 1 driver at the Mc Laren
Formula 1 team, tested some times
in the 2017 season and some endurance
racing at the 24hrs of Daytona 2018 next
to Phil Hanson and 2 time F1 world Champion
Fernando Alonso...

2019 he made his debute at Mc Laren
Renault, a little talent, that was clear
very fast, next to Carlos Sainz and some
experience at Mc Laren they had a good
year, with the comeback for Mercedes
engines for the 2021 season the future
for Lando look promising...

We may offer you the 1/5 mini helmet
from the British Grand Prix 2021 season,
just like team mate Daniël Ricciardo a very
unussual design for the little guy from UK...