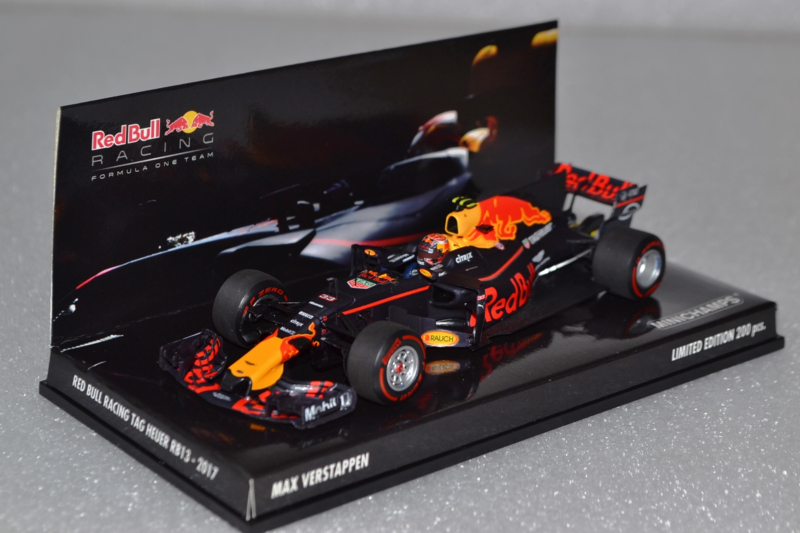 17 years and a Formula 1 debute at
a Formula 1 Team called Scuderia
Toro Rosso, 2015 season Max
Verstappen made his debute at the
sister team of Red Bull Racing,
promotion to Red Bull found place
at the 2016 season on the Spanish
Grand Prix, Max won the race after
Lewis and Nico collided between
turn 3 and 4 at the Catalunya circuit...

This RB13 race car was the last F1
car without a HALO, this Australian
Grand Prix promo Edition from MikiLee
and Frisian Modelcarshop, a limited
Edition of 200 pcs with a very good
looking inlay...