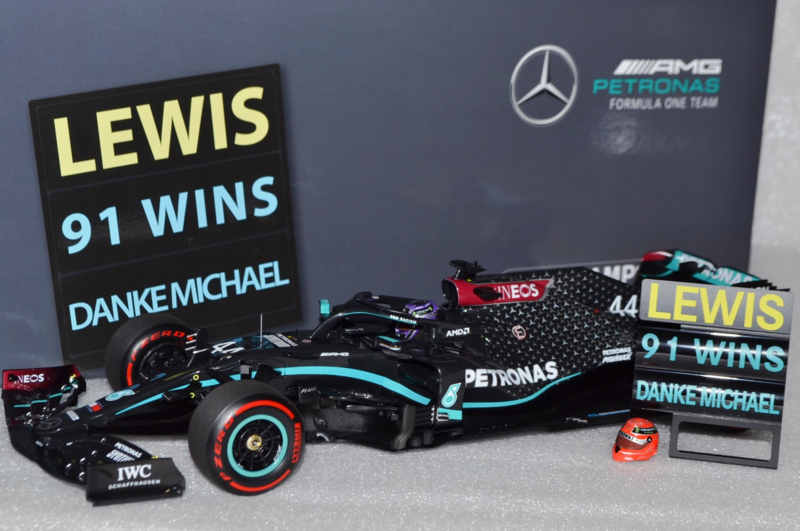 Lewis Hamilton was honoured to equalize 7th
time world champion in same nr of victory's,
a great moment for Formula 1, up for the next
generation to beat the nr, but Lewis was not done
yet and will arrive to 100th GP wins...

At the German Grand Prix Mick Schumacher (son
of 7th time WC winner) handed the last helmet
Michael did wear in his last Grand Prix season
2012 coming out for Mercedes AMG Petronas
the same team Lewis earned his succes with
the last years, a nice fact Lewis was the
replacement for Michael at Mercedes...

This model is a diecast model 1/18 from
Minichamps, this is an exclusive from colleaugue
CK Modelcars, it is Limited 333 pcs and has id nr;
113201144 and displayed in a nice box as all
exclusives from CK Modelcars...

The model will come with the pitboard and the
helmet from Michael Schumacher!