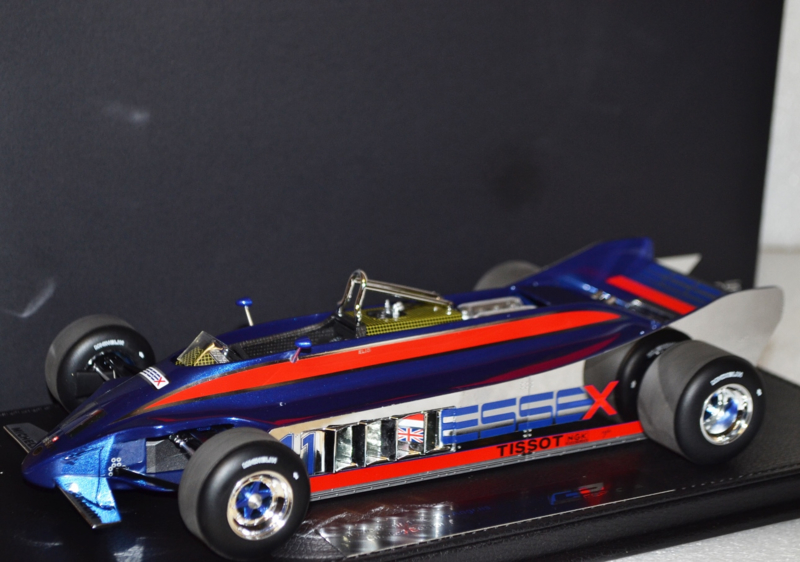 Elio de Angelis was born in Rome (Italy)
made his debute in Formula 1 1979 season
with the team Shadow, after one season
de Angelis he leave Shadow for Lotus for
the 1980 season, the Italian had not lot's
of succes and it looked like the Lotus Team
was paying lot's of attention to Ayrton Senna,
1986 season Elio came out for Bernie Ecclestone
Formula 1 Team Brabham, the BT55 race car
was not pretty fast and and they worked hard
to make the car fast, while testing on Paul Ricard
circuit de Angelis loosed the rear wing on the
straight, he loses control, the car collapsed
seeral times and burn down, Elio died later
in the hospital...

This Lotus has a special story, a beautifull
car, and off course the "ground effect" the
speciality of Mr Colin Chapman, the car
was so efficient through the ground effect
it was unnatural for these times, sometimes
drivers even get sick...