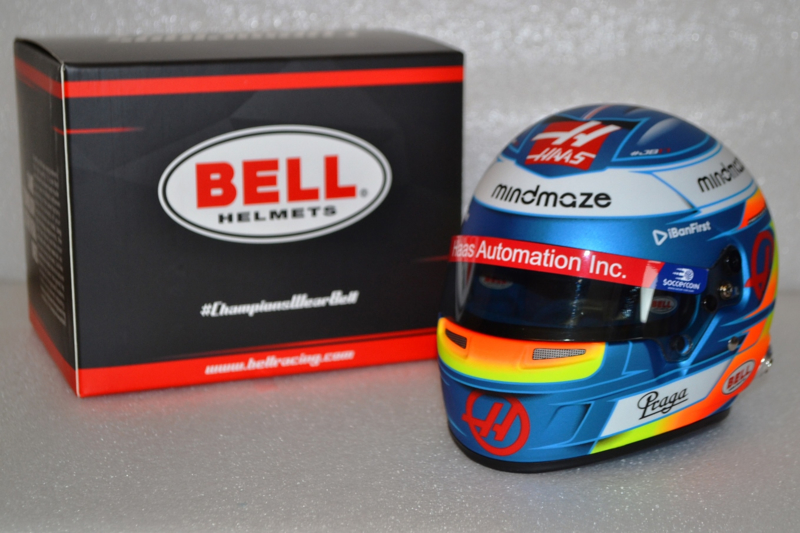 Romain Grosjean, the Frenchman who was
driving GP2 for ART Grand Prix and GP2 Asian
series, in 2008 he was becoming Champion in
Asian GP2 series...

2010 he was placed at the GP2 series in Europe,
end of 2011 he was able to test for the Lotus
Formula 1 team, he did get a seat for 2012 next
to the returning Kimi Raikkonen, 2014 Raikkonen
left to join Ferrari again next to Fernando Alonso,
Pastor Maldonado became his team mate for
2014 season...

2015 season was his last drive for Lotus and
joined the HAAS F1 Team for Gene Haas the
man from the states, he joined the Danish
driver son of Jan Magnussen, Kevin Magnussen..

but thanks to the new hybrid  era the team keep
struggling, never was a series threat, 2020 almost
last race Grand prix of Bahrain, Romain crashed
his car was in flames and escaped from bad injury,
only his hands we're pretty burned...

Thanks to lot of safety rules and Bell off course
no series injury's to his face, here we have his
last Formula 1 helmet, you have to admit, the
helmets are not the problem, what a beauty...