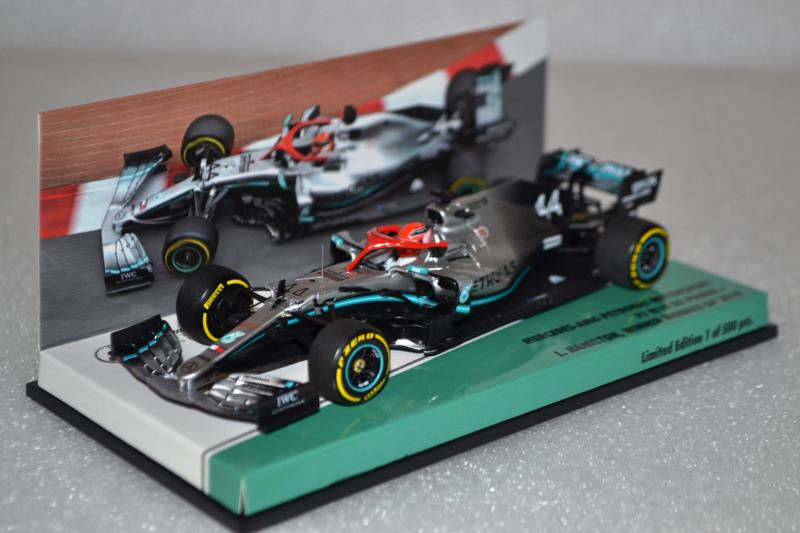 After his Formula 1 carreer Lauda owned
Lauda Air, and was long active in the world
of Formula 1 as a journalist and as a member
of the Mercedes AMG Petronas Formula 1 team...

Anyway, back to the model, a lot of drivers did
wear a red helmet to honer Niki Lauda, Lewis
also did, and as a colleague at Mercedes they
put a red HALO on the car and a little red star
between the silver ones on the engine cover...

This is an CK Exclusive, Limited 500 pcs and
made of resin, and as you see a beautifull inlay...