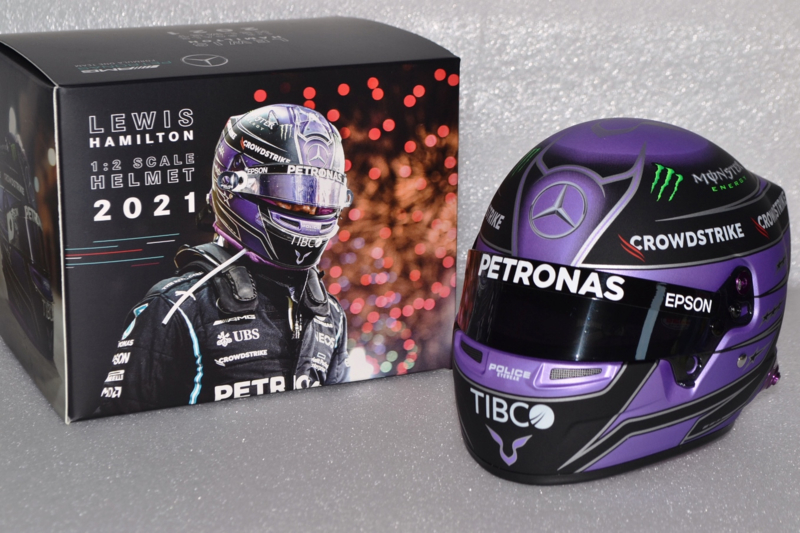 You must hate him or you love him,
lot's of different opiniun's are on social
media, one thing is for sure...

A legend he is, as a young boy he approached
Ron Dennis that this guy Lewis Hamilton will
race for him in the future for the Mc Laren
Formula 1 team, after a very impressed debute
he missed the WC in 2007 in his first season,
2008 he became youngest World Champion...

2014, a new era, the hybrid era, lot's of World
Cham,pions ships we're earned by the Mercedes
Formula 1 team, off course safe behind your
computer, ah it was not very difficult, but you
to do every year, 2020 season Lewis equaled the
great Michael Schumacher by 7 world championships...

He's a legend, this beauty with the nice improvements
from Bell mini helmets looks very good, and we are very
proud to offer this beauty to you, with the 7 stars on each side...

What a nice job for this one, beautifull box and a must have
for the collection, judge yourself by the pictures...