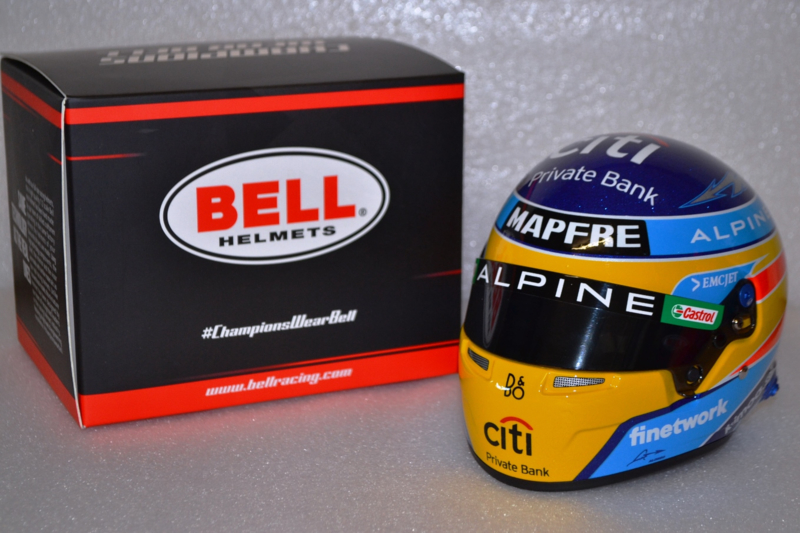 big history in the world of racing,
the Spaniard Fernando Alonso, a lot
to tell about him, the driver with a
killing mentality, result 2 World
Championsships with Renault
Formula 1 Team in 2005 & 2006...

Very promising time with Ferrari,
we're Alonso started in 2010, the
Spaniard fits well in the team and
the Tifosi, as the only driver he could
put pressure on RB's driver Sebastian
Vettel with a strong combination the
driver and car with Blown diffuser,
Remault Engine & Adrian Newey...

Fernando, always on the hunt to better
and lot's of misunderstanding, a lot of
dislikes from the fans, but as a driver
one of the best the world know's...

2018 he decided to take sabatical and
focus on a comeback on the hunt for
his tripe crown, Monaco F1 he won
with Renault F1 Team and Vodafone
Mc Laren Mercedes,  Le Mans Alonso
won twice with Toyota Gazoo Racing,
the Indy 500 he was most succesfull
in 2017, after a engine break when
driving in the top 10...

Anyway the love for Formula 1 never
died, he will debute this season with
the Renault F1 Team (his old love) now
named as Alpine F1 Team to give it
another shot...