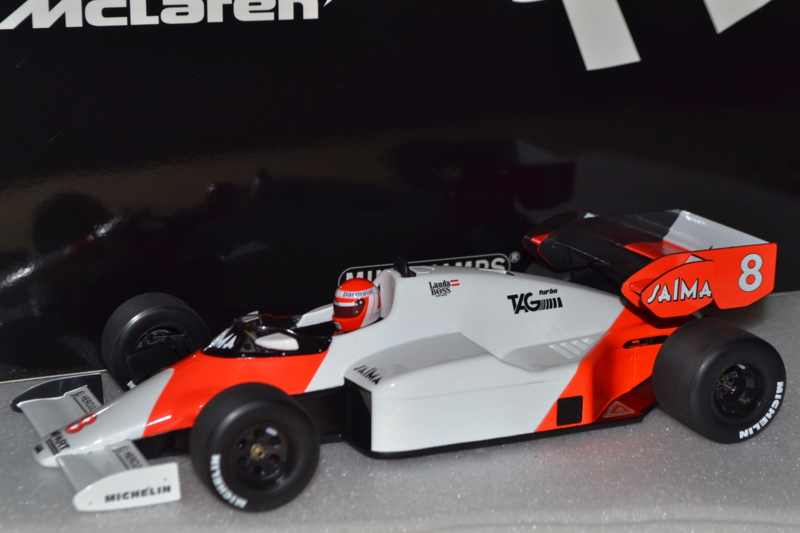 Actually the guy who drive this car was retired
in the since the 1979 Canandian Grand Prix Free
Practice sessions, he decided to spend time on his
air crafts, "Lauda air", 1984 season Mc Laren try to
get in touch with Niki, he did some Free Practice
sessions and Alian Prost and Niki Lauda together
for the Mc Laren Team have to break the Williams
and Brabham WC years...

And yes, 1984 season after 2 World Champions ships
for Ferrari team Niki made it in his first year after
returning to F1 he became World Champions, not because
he was quicker then Prost, just because his experience...

We may offer you the MP4-2 Mc LAren Tag Porsche
race car of the 1984 season, this time it is not from
GP Replica's but a nice looking resin model from
Minichamps, also added to this model the Marlboro
decals what of course made the racing cars back then...