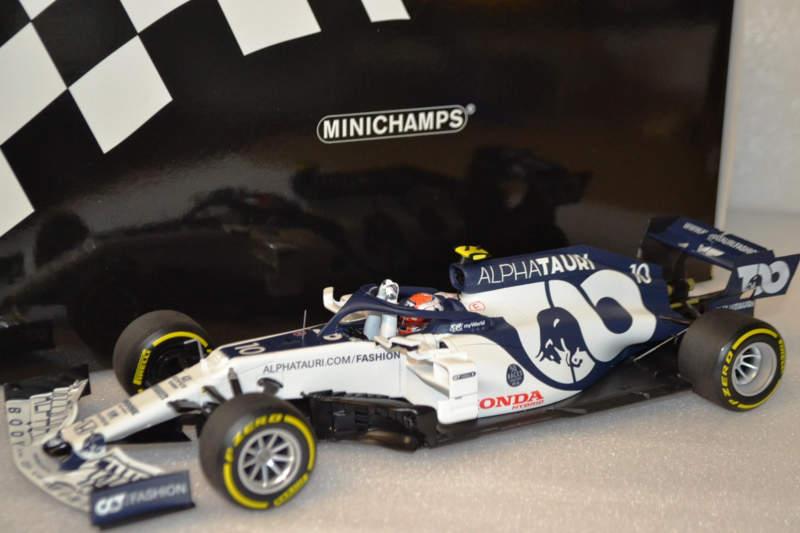 As a driver you need to be confident in your team
and have trust, the desperate search from Red Bull
to get the Mercedes AMG Petronas F1 Team for the
Formula 1 World Championships, It's a hard world
even for the drivers to protect points in the World
Championship...

Back at Alpha Tauri the performances of Pierre
going upwards again, confident in the team and
in the car, when pieces are falling at the right place
and top teams can not react on good moments you
need to be on the right place...

The Monza Grand Prix of 2020 season is a true
example of this, an emotinal win for the French
Red Bull candidate, just like Sebastian Vettel back
in 2008 in the STR3 now Pierre scored also his first
win in Formula 1...

So another big moment in history of Formula 1, enjoy
this models made of Resin from Minichamps, Limited
800 pcs...