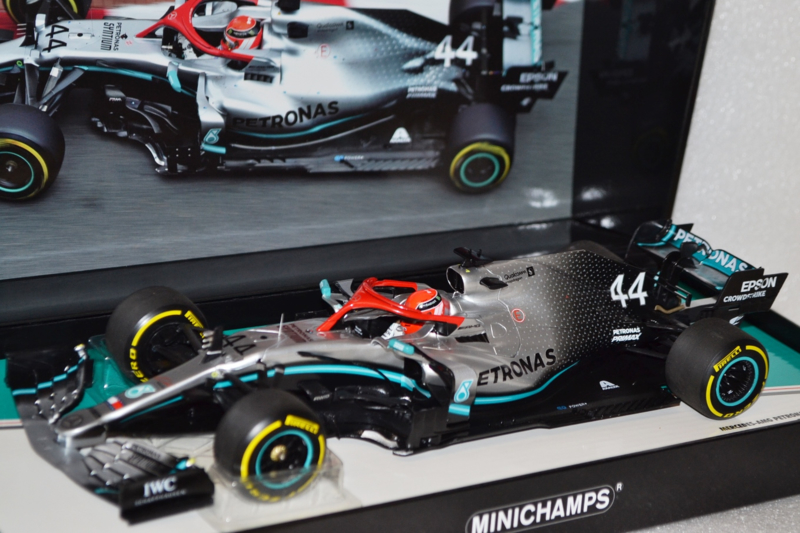 2019, just before the Monaco Grand Prix,
Formula 1 legend Niki Lauda past away
after his long operation in 2018, in 2019
he did get a heavy flu and  some kidney
problems was taken to Vienna in a private
clinic...

On the night from  May 20th 2019 just before
the Monaco Grand Prix, Lauda was one of the
teambosses of Mercedes AMG Petronas, the
whole paddock did something with the death
of Lauda, Mercedes added a red star between
the other stars on the engine cover, Lewis did
wear a red helmet (Lauda's color) also the HALO
was painted red at the Monaco Grand Prix 2019
season...

This is an exclusive from CK Modelcars Limited
of 333 pcs and a beautifull in lay CK used for the
model...